Taking my Grade 5 Theory – and only ten years late!

Last week I went down to the local exam hall to sit my first formal exam in several years: my Grade 5 Music Theory, something I should have taken about ten years ago – and have felt guilty for missing out on ever since. 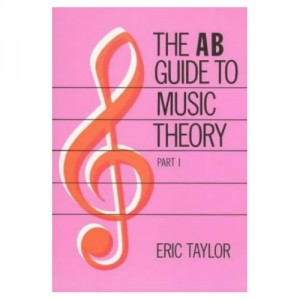 In school I played a lot of music. In my final two years I was taking weekly lessons in saxophone, electric guitar, piano, and singing – and playing in at least one group for each. Between all that and studying for A-Levels, my schedule was pretty packed.

Despite all the playing, I wasn’t taking exams in guitar or piano and I’d stalled after Grade 5 with saxophone, so it wasn’t until my final school year, when my singing teacher suggested I take an exam, that the dreaded subject of “Grade 5 Theory” came up. It was always mentioned like that, as a single-unit phrase: “GradeFiveTheory”. Nobody ever spoke about any other theory grades. I’m not sure we knew they existed.

But everyone knew the rule:

If you wanted to progress beyond grade 5 in an instrument, you’d need your Grade 5 Theory.

So up and down the country, music students would (and still do) cram for the Grade 5 exam, probably without having ever studied any theory beyond the basics and bits they picked up along the way in instrument lessons.

Having seen friends and family go before me, I knew the drill. You’d buy the pink book

and you’d buy the the workbook

and generally once you’d worked through the workbook you were ready for what the exam would throw at you. (Note this isn’t quite the same as knowing the whole Grade 5 syllabus!)

Life was a bit simpler for students taking Music GCSE or A-Level – they’d be learning a lot of the same material anyway, so taking the theory exam wasn’t a big deal. But I’d chosen not to study music as an academic subject (having seen others before me have their enthusiasm for music sucked out by the GCSE course), figuring I’d get all the music education I needed from instrument lessons and groups. After all, why spend time studying music in the abstract when you could be playing it instead?

So when my singing teacher suggested an exam, I was hoping she wouldn’t tell me I was below Grade 6 standard (since I’d been learning for years) but at the same time I wasn’t looking forward to hearing I might have to take the dreaded theory exam… 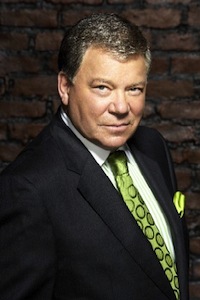 But then she pulled a rabbit, as Denny Crane would put it. She revealed that careful choice of exam board would allow me to take my Grade 8 – without having my Grade 5 Theory! This was quite a revelation, and although intimidated by the thought of Grade 8, I’m sure I agreed on the spot once I learned I wouldn’t need to take the theory exam too.

In retrospect it’s terrible that music theory was such a universally disliked subject. Of course it’s not going to be as fun as playing music, but I think if someone could have shown me how liberating it can be to understand the theory behind music I might have been a bit more willing to study some. As it was, theory was just this strange, abstract, rule-based material which seemed to be stuck in (what I thought of as) the dark ages of classical music, bearing little relation to the music I loved and spent my free time playing.

Coming back to theory years later, I actually really enjoy it.

Sure, it’s still strange, abstract, and (sadly) mired deep in the classical lore. While I appreciate that the vast body of music which classical musicians typically select their repertoire from is several hundred years old, there’s still something deeply wrong about making several variants of obsolete ornamentation symbols required learning for every modern music student wishing to progress beyond Grade 5.

Fortunately, these days I have much more context for the material. So I can understand why, for example, I should care about different cadences – even if it still seems a bit outdated to know they’re called perfect, imperfect, plagal, and so on. Likewise, learning to rewrite music from simple time to compound time, and to transpose in pitch would have seemed like exercises in masochism in my school days; but now I can understand the value, both in terms of putting the skills into practice and in simply stretching your musical imagination and understanding in different ways.

I enjoyed studying for this exam, to an extent I wasn’t expecting. It was satisfying to flesh out some of the bits and pieces I’ve picked up over the years, to get my head around some obscure details and musical terms I was familiar with but not confident about, and to finally feel like I knew what the core standard of music theory covered. It also put me way ahead for my Music Theory 101 course at Berklee, with the exercises I was doing for each complementing the other well. 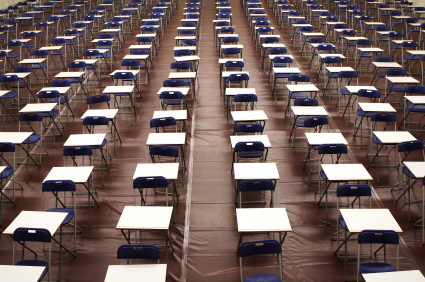 After spending the day doing final exercises and cramming vocab in Latin, Italian, German and French (you’d be surprised how many ways you need to be able to say “lively”), I headed down the road to the nearby exam centre.

I found myself in a typical exam hall, an environment I hadn’t been in for about 5 years – and not one filled with school children for about 10. I did spot a few other adults dotted about, but the overwhelming majority were between 7 and 15 years old.

An invigilator asked if I needed help. I was relieved they seemed to have identified me as a candidate rather than a parent or guardian.

“I’m taking Grade 5 in music theory, just wondering where I should sit?”

“Any free desk marked with your grade. And every second row is Grade 5 Theory.”

So its dominance continues: at least half the Music Theory candidates in that hall were taking Grade 5! And I’d wager fewer than 10% have ever or will ever take any other theory grade.

I found a seat and laid out my pencils, feeling very much like a schoolchild as I did so. A few minutes later we were given the instruction to start. An hour and a half for Grades 1-4 and 2 hours for Grades 5 and above.

I’d done a few past papers in preparation and was relieved to find this exam paper stuck to the formula I’d come to know. My practice papers had taken me about 45 minutes, skipping the composition task. As it turned out, I probably shouldn’t have skipped the composition task. 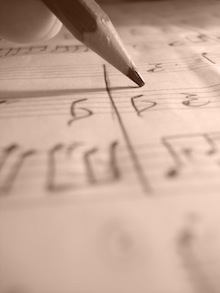 The paper went fine, except for two questions. One was a small sub-question, which asked you to label the use of a Vb chord in a given score – I’d thought I was fine on chord labelling, but realised there in the exam that I still didn’t really know for sure how chord labelling worked in minor keys… And the closest chord I could find in the score wasn’t quite what I’d expect a Vb to look like in that context.

The second troublesome spot was more significant: the composition task. I’d really enjoyed doing practice exercises of this kind in the workbook and a past paper or two. It had been exciting and gratifying to find that I could compose a melody in my head (sometimes with a bit of humming) and what I wrote down on page would indeed be what I’d intended, when I later played it back on piano.

Somehow in my practising though, I hadn’t felt the need to compose in a minor key at all – and for the supplied lyrics, it really seemed like a minor key was appropriate.

“Never mind,” I thought, “I know my minor scales well enough, I’m sure I can do this.” Then I hit another stumbling block: the lyrics had an odd meter to them, and although I could come up with a nice 5-bar rhythm, the guidelines in the practice workbook strongly suggest you go for 8 bars. So what should have been a 10 minute free composition exercise ended up taking me closer to 35, as I wrote and re-wrote the rhythm, and tried to figure out (now without humming!) how to write down what I was hearing in my head.

One interesting problem I encountered (which might have been avoided with some minor-key composition during practice) was this: When learning the melodic minor scale, you learn to sharpen the 6th and 7th degrees from the natural minor to create the ascending version, but leave them as-is for the descending version. And generally it’s taught that this is because that’s how composers tend to use them: when the melody goes up, you generally sharpen those notes, and when it goes down you don’t.

All well and good in the abstract, and I felt I’d understood. But then I hit this practical problem: What if the adjacent notes of the melody form an ascending step, but the melody as a whole is descending? Should the notes be sharpened? I tried to auralise the two options in my head, but by this stage I was getting tired.

Here’s what I was writing, with the 6th and 7th degrees from the natural minor:

And here it is with the accidentals:

In the end, I opted to sharpen them. Had I thought things through a bit further I might have remembered that sharpening the 6th and 7th degrees gives you the end of a major scale, and so this would almost certainly have a major feel to it (after a decidedly minor start to the composition). I’d spent plenty of time on the composition question already though, and was keen to check over my other answers before the clock ran out. So the composition I turned in ended up being half-minor, half-major in character. Fortunately this split came halfway through the melody, and so could be interpreted as an interesting intentional choice! Let’s pretend that’s what it was.

I just about had time left to answer the last question, writing in chords to produce suitable cadences for a melody, and go back over my answers before the time ran out. I really hadn’t expected to use all the available time, but I was pretty satisfied with how the exam had gone.

Apparently research in computer music hasn’t prioritised the marking of theory exam papers highly enough, so they’re still marked by humans – and that takes 4-6 weeks. So I’ll find out in due course how the exam actually went.

In the mean time, my Berklee studies continue. I’m just transitioning now from material I pretty much knew to material that’s pretty much new, and so things should be increasingly interesting from here on out.

It feels good to have finally taken my Grade 5 Theory. I’ll wait patiently for the results, but for now just having studied up for and taken the exam seems like quite a significant accomplishment.

And if I needed to feel better about taking an exam in a hall full of schoolkids and teenagers, I had only to check out the excellent new video from Cee Lo Green showing him studying up from a fat Music Theory book – beside an equally studious hottie, no less: 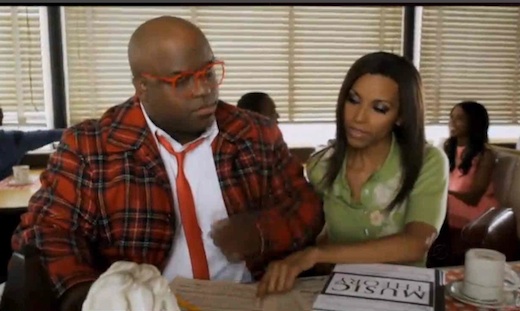